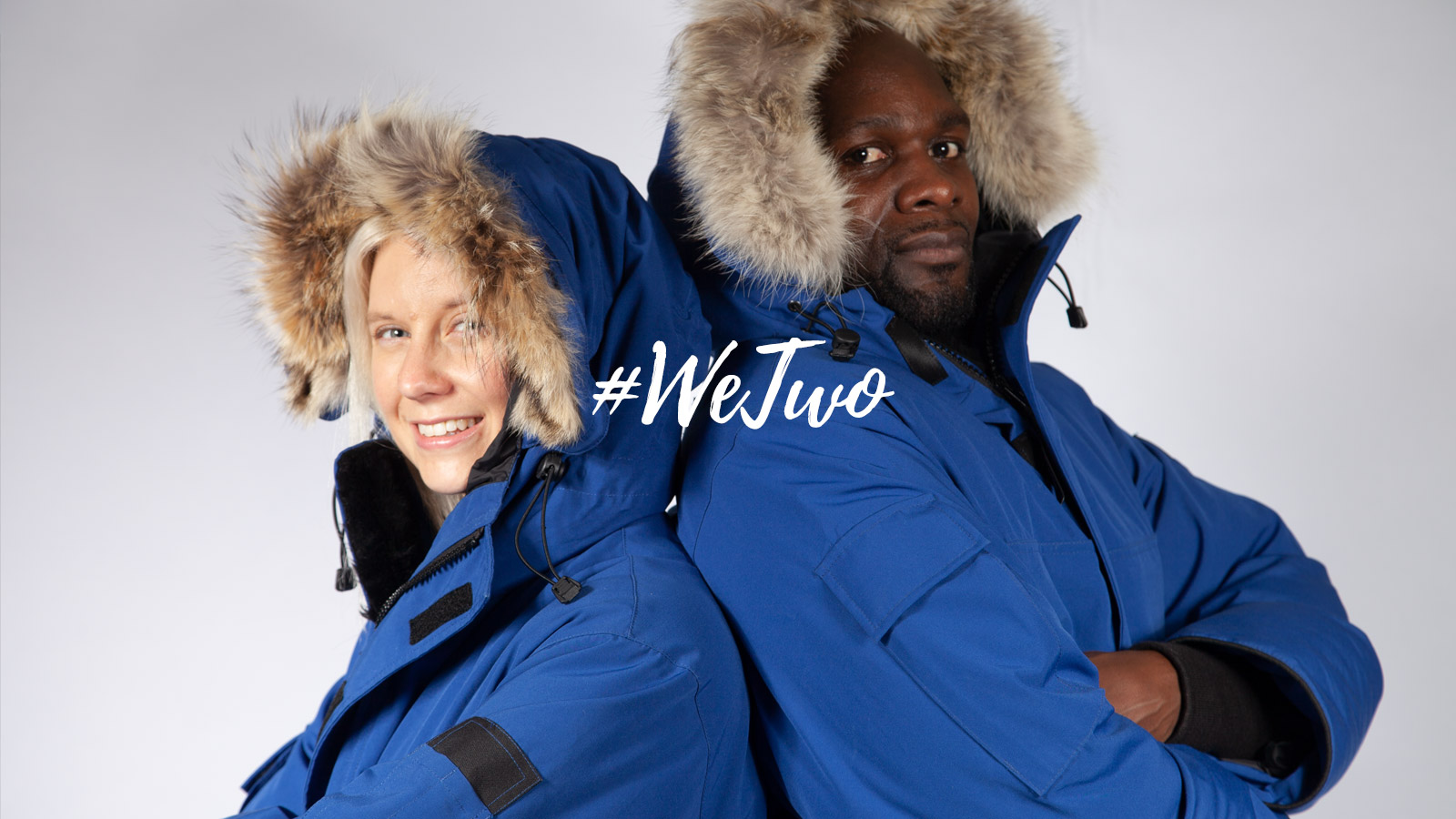 Antarctica. One of the last great wildernesses on earth and a destination that many think they wouldn’t reach even in their wildest dreams. But it’s shrinking – in 2017 sea ice was recorded at an all time low due to rising sea temperatures and in June 2018 traces of microplastics were found in samples taken from the shoreline and in 2019 a huge chunk of the ice shelf broke away, displacing an entire colony of emperor penguins. It’s time we all started caring about our planet, but how can we when for many of us, we will never get to see somewhere like this with our own eyes? Never get to have a close encounter with a wild penguin, see a whale breach or step foot on pristine land where no one has trodden before us.

Looking through history both recent and ancient, the ones who get to go the places like Antarctica on expedition are the privileged few. That’s where Dwayne Fields and Phoebe Smith come in. Known for their solo escapades they, both feeling under-represented in the adventure world and in the media (as non-upper class, and as a woman and a black man), have decided to team up together to show that anyone – from any background, sex or race – can make their wildest dreams come true. This is why in November 2019 they completed and Antarctic-style expedition in the UK - walking 1333km (828miles) from Dunnet Head – the most northerly point in mainland Britain, to Lizard Point - the southernmost point, wild camping the entire 40 nights it took and pulling all their equipment in specially-designed wheeled pulks from Dutch company Radical Designs. Doing so helped them raise nearly £10,000 for their #WeTwo Foundation (see below). Along the way they visited Scout groups, gave a talk at the RGS for the World Land Trust as part of Steve Backshall's One Wild Night and appeared on BBC Breakfast on Christmas Day broadcasting live from the top of Glastonbury Tor. Their goal is to take a group of underprivileged young people to Antarctica in 2022 on a specially chartered expedition ship through their #WeTwo Foundation. In 2021 they announced that they had raised enough to take 10 young people in Feb 2022, thanks to their crowdfunding as well as partners - Craghoppers, Hurtigruten, British Airways, The Vasey Family Trust and Scouts. For more info and to nominate a young person to take part, go to www.TeamWeTwo.com