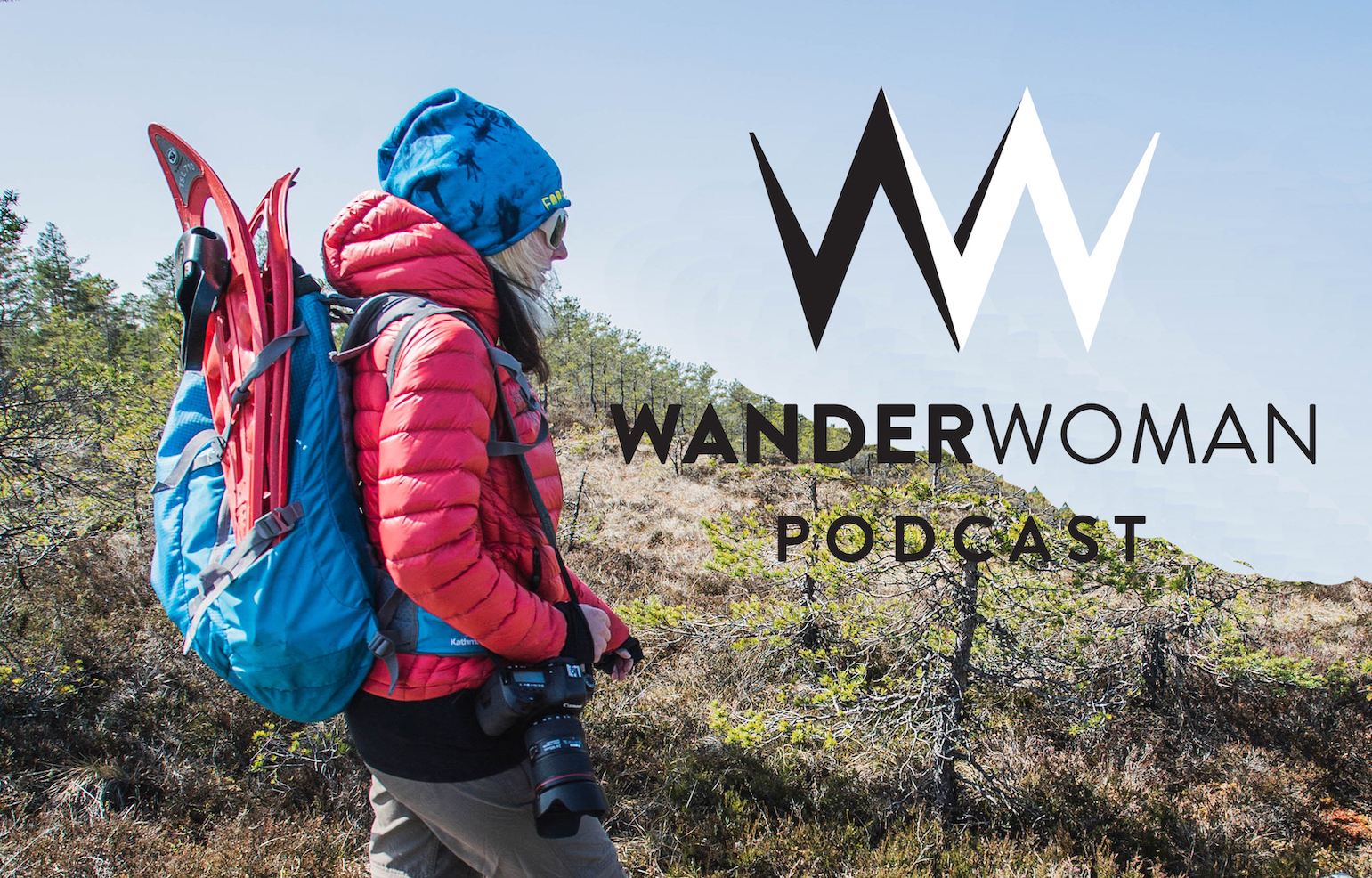 Episode 3 of Phoebe’s Wander Woman Podcast – ‘Have you ever been enchanted?’ is now available to listen to online or download for free. In her monthly, audio travel magazine she takes you to off-the-beaten track places, reveals wild spaces in unlikely destinations, discovers the world’s best wildlife encounters and meets the unsung heroes behind conservation efforts and grills a travel celebrity. Come wonder with her…

Episode 3 – Have you ever been enchanted?

Join Wander Woman Phoebe Smith as this month she goes bog hiking in Estonia to discover a country that’s a far cry from the stag parties and football hooligans usually associated with it. Learn how to pack like a pro and get to the bottom of the age-old question – fold or roll? with her hard won travel hack; walk this way as she channels the Long Distance Walkers Association’s motto of ‘keeping it long’ (Phoebe is proudly president of the organisation) to reveal the best long distance paths in the world; meet Dr Guy Stevens, the man trying to save manta rays in the Maldives: find the perfect gloves for your travels thanks to travel gear experts, Rohan; go underground with author of new book Underland– Phoebe’s fellow wild sleeper Robert Macfarlane; and meet our Wander Woman of the Month – Wanny Wolstad – the first female trapper in Svalbard.

Chapter 1 – Beer and bogs in Estonia

Tallinn. The old town capital of Estonia has, of late, had something of a colourful reputation, mainly for stag parties and heavy drinking football hooligans. So when an invitation to explore its wilder side was extended to Phoebe, her interest was piqued enough that she wanted to see if there was more to the place beyond the headlines. Very soon she found herself bog hiking in the astonishingly beautiful – and rather magical – boglands, learning how locals have relied on the natural world to ensure their culture’s very survival and bathing in a bath infused with beer. Follow her as she dons some bog shoes, walks through a fairy gateway and explores the enchanting landscapes on the edge of the city…

If you’re anything like Phoebe you hate packing. Sick of always undertaking this, the most challenging part of any assignment, last minute, she has picked up some hard-won tips to make the process just a little less painful. Listen closely as she explains the 1-2-3-4-5-6 rule, unpicks whether or not we should fold or roll, and explains why packing cubes may be the answer.

Manta rays are often called devil fish, but in reality these graceful animals look more like angels, almost seeming to fly through the water. But they are endangered due to illegal fishing to harvest their gill plates for Chinese medicine. A few months ago Phoebe went on a trip to the Maldives, but this was no sun-seeking escapade. Instead she teamed up with the Manta Trust on a liveaboard vessel where we all have the chance to be citizen scientists contributing vital data to the Trust’s research bank, simply by swimming and photographing these graceful giants. Here we meet the man who started the charity.

Phoebe is proudly president of the LDWA (Long Distance Walkers Association) and uses her years of experience to recommend the 10 best walking routes on earth. Lace up your walking boots, pack your rucksack and get trekking…

Love taking photographs on your travels but find fingerless gloves too cold and mittens impractical? Phoebe has found the answer and shares it here in her monthly session of gear geekery. PLUS you can get a 10% discount on your Rohan gear with an exclusive code for Wander Woman listeners revealed in the podcast.

At the book launch for Rob’s latest nature masterpiece – Underland – Phoebe grabs a glass of wine and grills her wild sleeping friend for tips of strange places to spend the night, being a responsible traveller (and ancestor) and finds the perfect mountain summit on which to spend the night.

Hear the story of the traveller whose name you should know but probably don’t, because she’s a woman. This month it’s Wanny Woldstad who already broke with societal norms by becoming a taxi driver in Tromso, but then went on to move to the remote archipelago of Svalbard in the high Arctic, becoming the first female – and one of the best – trappers in the world.