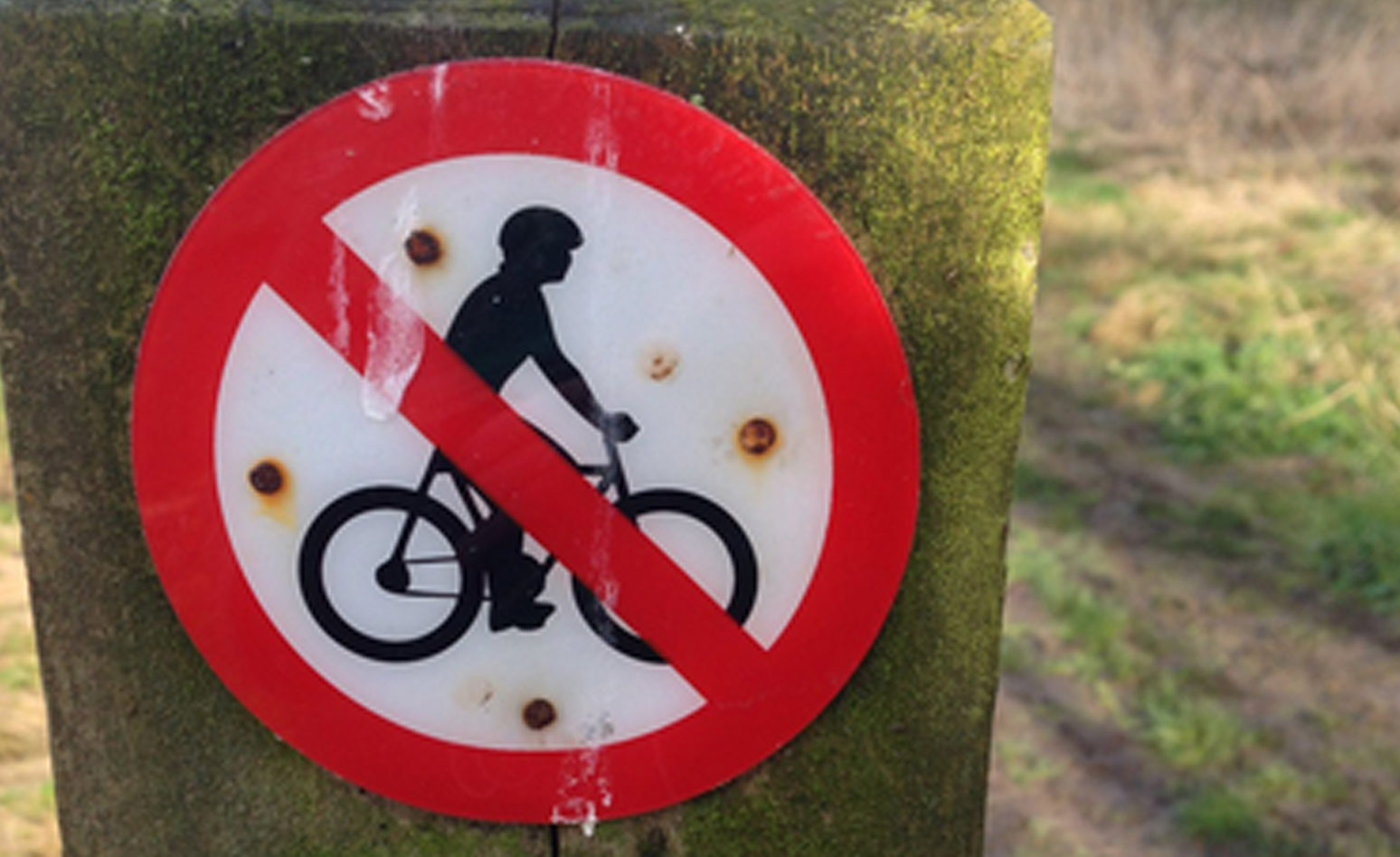 Cycle commuting was something I looked forward to, giving me space and time to think. But, one evening, that all changed…

Her words rang around in my head for several seconds while I tried desperately to make sense of them. It had all happened so very quickly. One minute I’d been riding my bicycle downhill – as I did every night after working late at the office – enjoying that slightly thrilling whilst simultaneously terrifying moment as I sped up and overtook the cars who were lined up waiting for the lights that always seemed to be red.

Tonight was different though. It was wet. It was windy. I was tired – I was on press with the magazine. The driver was apparently in a hurry. Couldn’t bear to wait the extra few seconds it would take to pass me on a wider part of the road. Instead he raced by, without giving me hardly any space at all. It created an up-draught of wind, which caused me to wobble. I thought I had everything under control. I thought it would all be ok.

But as he sped off into the night I couldn’t do it. I couldn’t right it. The handlebars shook violently in my grip. The breaks did nothing to slow it. I accepted my fate – all I could do was wait for impact.

At first I felt no pain at all. Just lay there in shock not really understanding where I was or what was happening. Then I heard the woman’s concerned voice asking me if I was ok. I looked up to see the car who had caused this speeding off, its tail lights glowing red as it disappeared around the corner. Another car was coming towards me. Now lying a heap on the road I felt helpless. It seemed to slow and I thought they would stop. But rather than doing that and offering to help, he simply slowed to swerve around me and carry on up the road. I felt like human road kill. And I didn’t feel like getting up at all. But her voice was calling me again…

“Yes…” I finally called. Not recognising the tiny voice that came out of my throat.

I instinctively began to hoist myself up, and that’s when the pain came. Fast.

All across my chest, with every single breath. As I attempted to wobble my way off the road – luckily (and unusually) no cars were behind me – I nearly stumbled over with the pain from my knees. My head was spinning, I felt sick, I began to only see in blotches.

The woman ran to help me, her son went to pick up my bike. I tried to tell them I’d be fine, to go on to their theatre show, to leave me to it. I didn’t want to admit how much pain I was in – I hate showing any sign of weakness to anyone. I was embarrassed it had happened at all. She wouldn’t listen.

Instead she did several things. The first was perhaps expected – despite my protests – she called an ambulance (and later due to bruising and pain on my neck and back I would spend the next few hours strapped to a board with suspected spinal and neck injuries in a cold A&E). It was the right and proper thing to do. But it wasn’t that, that made me write this post – a story about a bicycle accident and a suspected injury that thankfully never was anything more serious than a hareline fracture on my sternum and multiple leg brusies would be pretty dull. No, it was her actions after that which changed something in me.

She refused to leave me, even when I told her to go.

The whole time, until they got me into the ambulance, she kept talking to me, kept letting me know someone was there who cared. She held on to me the entire time and put her arm around me. Normally I would try to shrug that off, but I had no energy to do so. For once, I let someone care.

And when the paramedics came and got me ready for hospital and she left, she gave me a giant hug and then a kiss on the head and told me it would all be ok. It took all I had to stop from breaking down and crying uncontrollably. At that moment, at that particular point, on that particular day, I needed to know that someone cared what happened to me. That someone wanted me to be ok. That I mattered. And she did. And it changed everything for me. I don’t think she’ll ever know how much it meant.

And I’ll never even know her name.

Since then, though bruises have nearly all healed, and the crack on my sternum seems to have mended itself, I’ve taken the time to notice the little things that people do all the time – the selfless and often unnecessary things that make a big difference. It doesn’t have to be heroic. It can be letting someone go in front of you in heavy traffic when no one else will let them out of their turning. It could be slowing down when cyclists are on the road, or waiting to give them a safe and wide berth when passing them, even though you’re in a rush. Or, it could simply be taking the time to say good morning back to a homeless man when he just needs to be acknowledged.

The little things matter to someone. Don’t ever forget that. I know I never will.