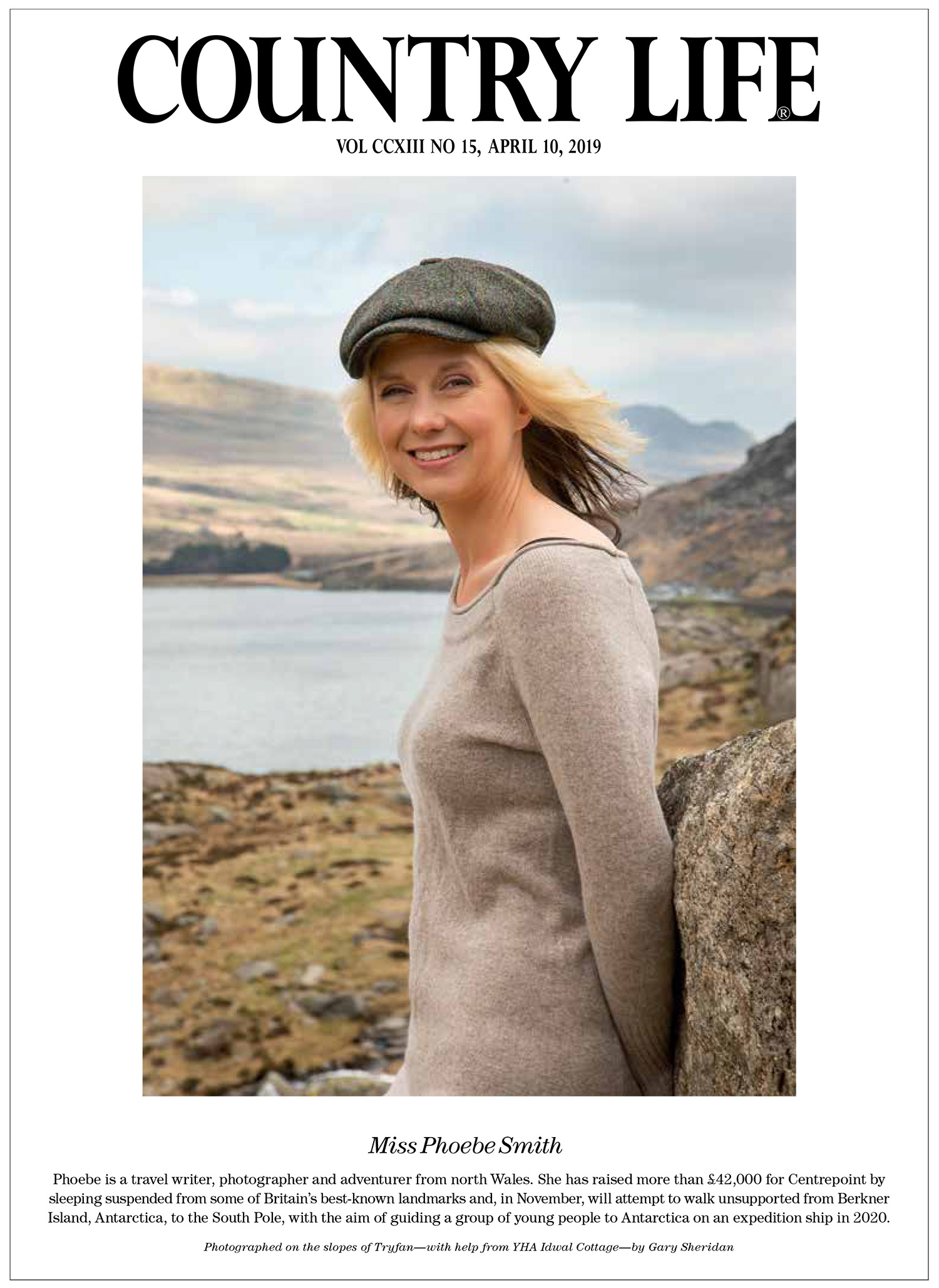 This week Phoebe has - somehow! - been featured in Country Life magazine as the Frontispiece. Founded in 1897, Country Life is one of Britain’s oldest magazines and the Frontispiece - once called ‘Girls in Pearls’ is known as the ‘the most famous page in publishing’. Phoebe joins the ranks of The Queen, Princesses and socialites.

“Pheebs,” said her friend Jonny inquisitively, “are they going in a different direction?”. Charming! But very true…

To put it in context she’s photographed on the slopes of Tryfan (where her mum’s ashes are scattered) wearing her 70-year-old dad’s favoured hat.

Country Life magazine is out now.