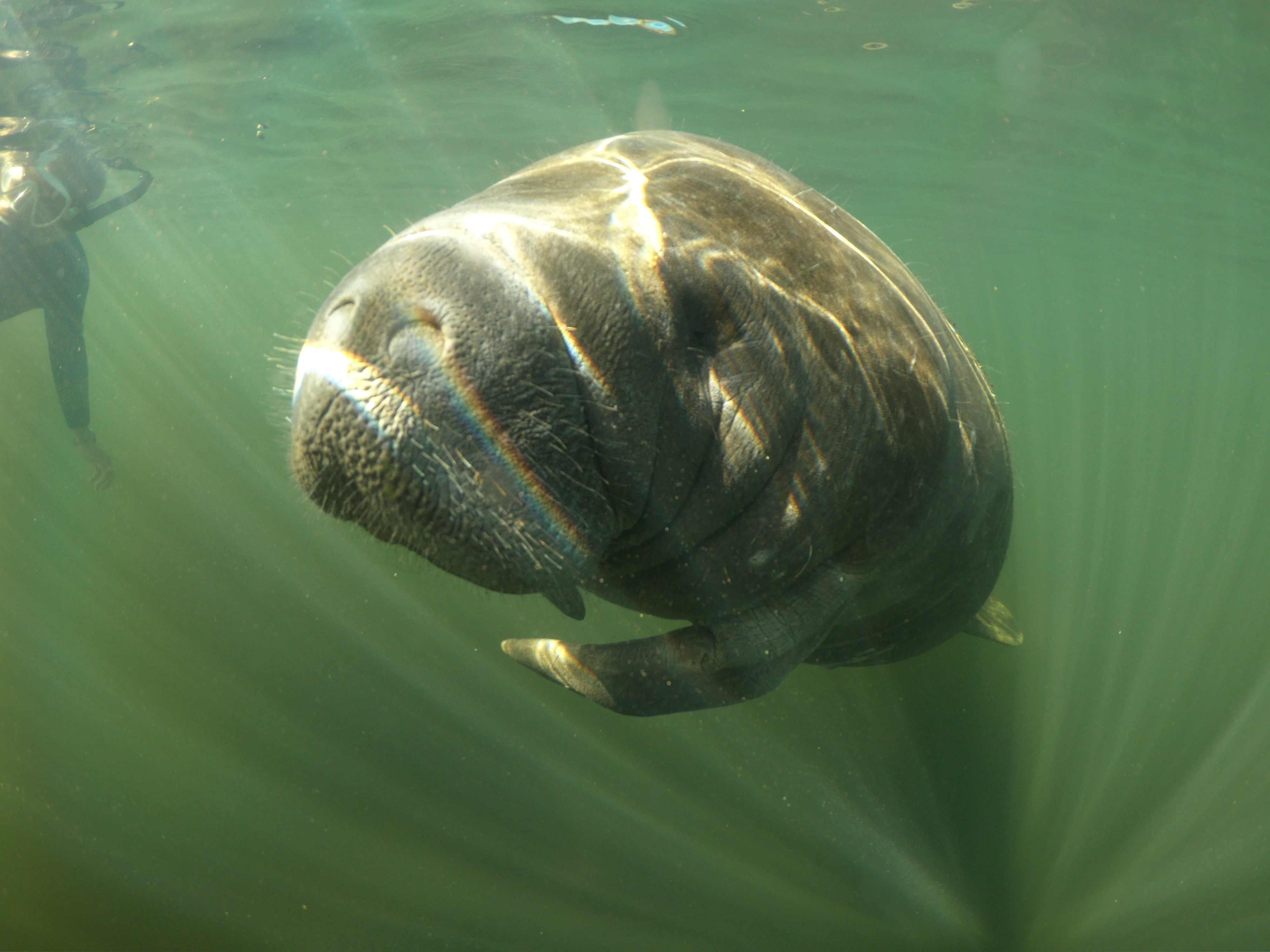 Yep, ever since falling in love with these friendly creatures back in January when she went swimming with them in Crystal River, Florida, Phoebe has been on a mission to get everyone to feel as passionate as her.

We recently saw one of the longest and most deadly incident of Red Tide happening in the waters off the Sunshine State from October 2017 – only just beginning to disappear now. This is a natural occurrence, when a particular type of algae called karenia brevis blooms causing death to some marine creatures, but usually only lasts a short period of time and kills the weaker and older animals who can’t swim away. This time, however, it hung around for ages and was unusually persistent. Scientists say it’s been exasperated by the run-off of agricultural chemicals that flow, untreated, from farm land into the water. It killed off hundreds of manatees, dauphins, sea turtles and made people ill too.

Phoebe spoke to biologists and manatee experts to hear more about it in a report she made for BBC Radio 4’s From Our Own Correspondent. You can listen to it here, it starts at 21.57.

Wandering how you can help protect the manatee? Go and see them – money talks and if you show they have an economic value then they will be more inclined to work to save them too.