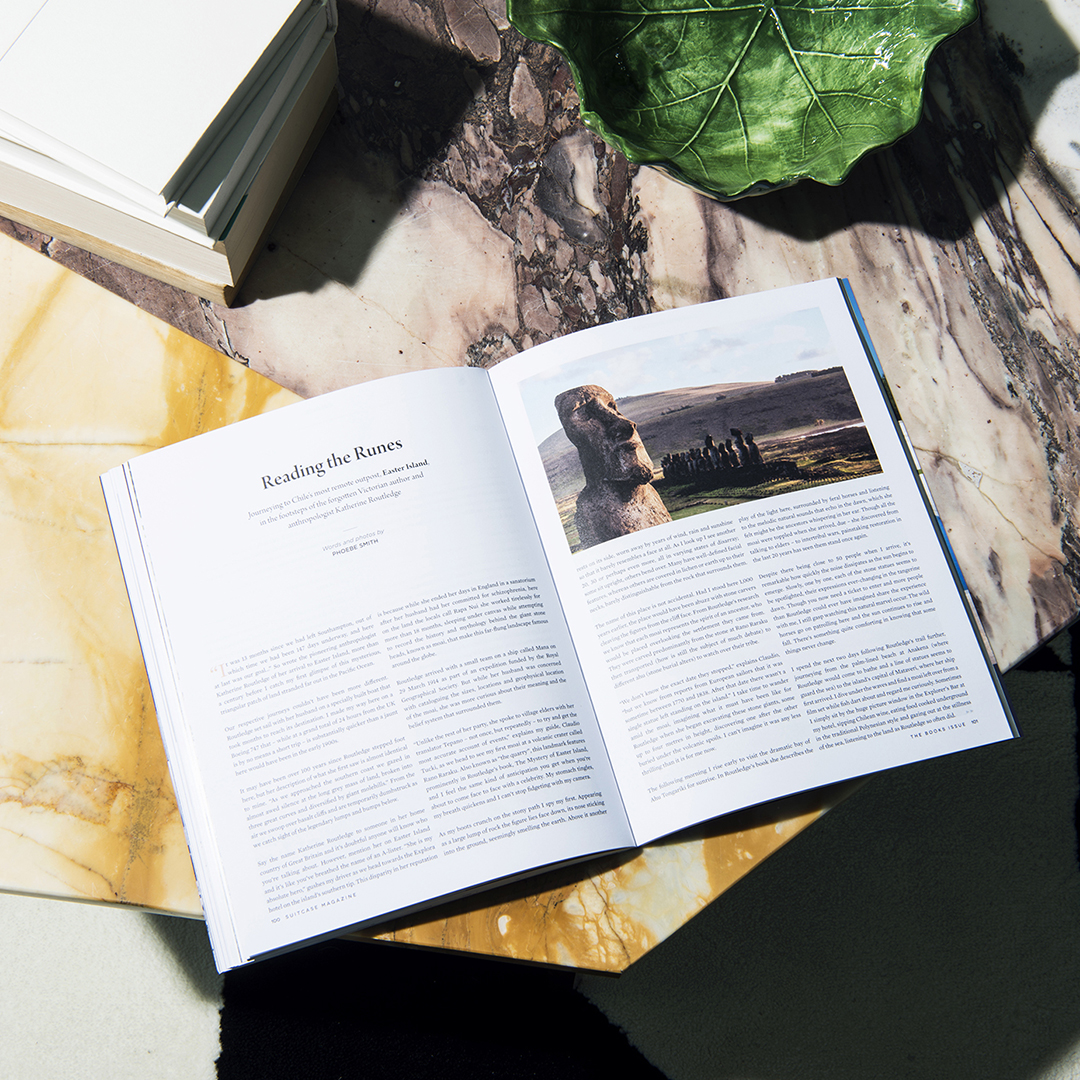 Phoebe is always keen to share the stories of fellow Wander Women and was utterly captivated in Easter Island when she uncovered the story of British Victorian lady Katherine Routledge.

It was her tireless interviewing of Rapa Nui elders that allow anthropologists and archeologists to know as much as they do about the culture that surrounded the erecting of the giant moai heads.

She should be a household name but because she ended her life in a sanatorium – said by her estranged husband to be ‘influenced by witch doctors’ no one has heard of her – except on the island itself.

Intrigued to know more? Check out Phoebe’s full report in the latest issue of Suitcase. Out now.