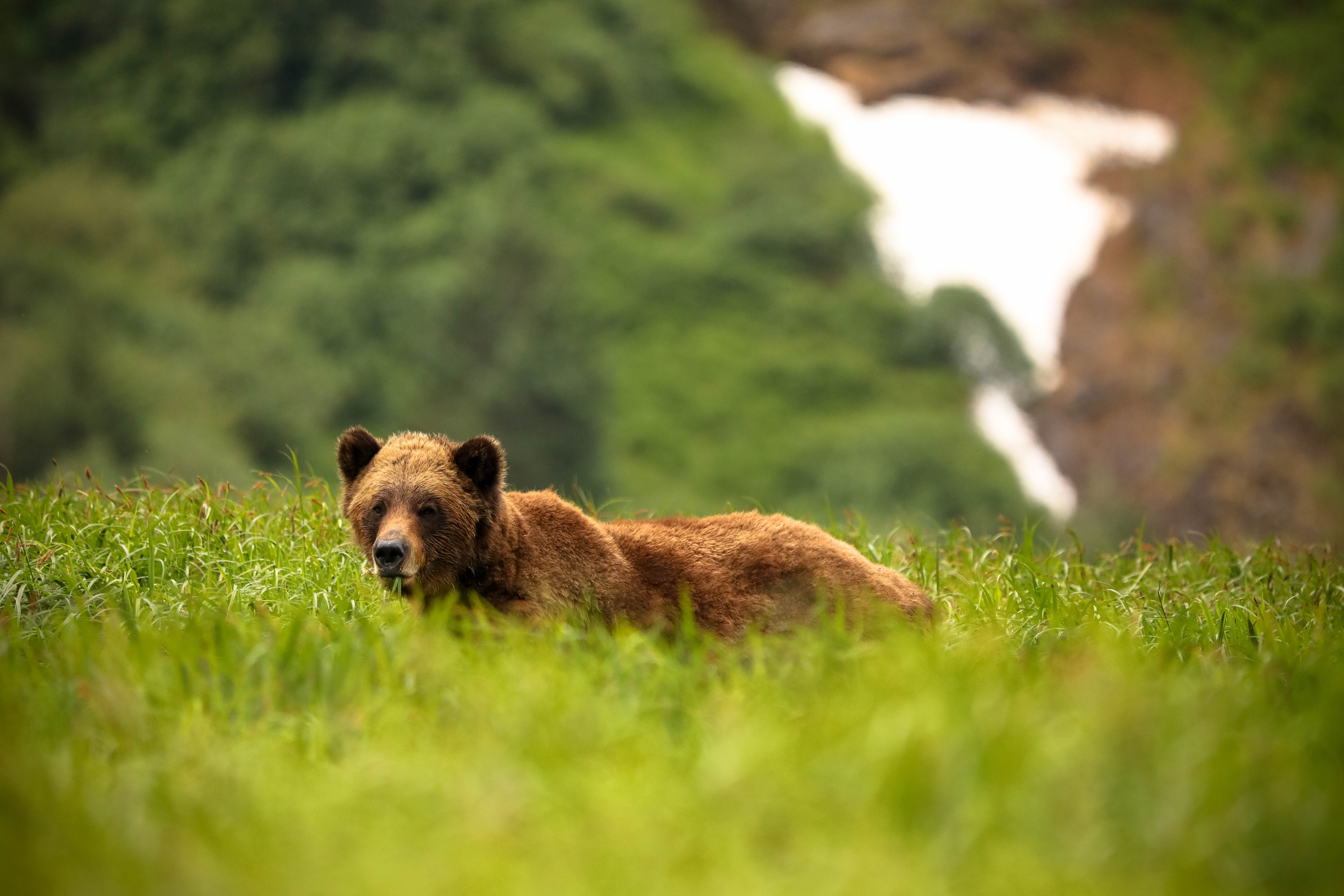 This month Phoebe’s launched a new Sleep Story on Calm called ‘Into the Canadian Wilderness’ lulling listeners to sleep as they join her on a journey along the beautiful and pristine waterways around British Columbia’s northern reaches.

It’s narrated by fan favourite Erik Braa and the blog about the story behind the sleep will be on the Calm website soon.

Elsewhere… Phoebe’s Wander Woman column on wanderlust.co.uk focused in on bears this month.

Sat on the beach she looked utterly serene. As she walked down to the water’s edge to take a dip her blonde hair caught the sunlight, shining near golden.

She stopped, took a look at the thick line of western hemlock trees behind her, and made her move. Suddenly a guttural bark came from the forest, swiftly followed by the fast moving of bushes. Seconds later, a huge male grizzly bear emerged into the clearing.

She turned to look at him, unimpressed. As he bounded towards her, she turned her equally as fuzzy rump and ran into the woodland. He quickly followed….

She also wrote about other ways to watch bears around the world, from polar to European brown and even the rare spirit bear. Read all about it here.